PrevPreviousThe simple technique to help you ace that interview that most forget
NextWhat do you mean you want to leave? 4 ways to cope with a resignationNext
Facebook
Twitter
LinkedIn
WhatsApp
Email

Last week I met an inspirational Finance Director. Johnathan is an ACA qualified accountant with first time passes who became an FD at 32! His career was going swimmingly….until now. Jonathan had come across the first hurdle in his career – he had recently hired a permanent member of staff who had not worked out. He was quite stressed (as can be expected) and given me a call to see if I could help

Jonathan was annoyed and in a mess – he had someone new join his team who he had quickly come to realise didn’t match the organisation or the role he was doing. It looked like his new hire was going to be with him less time than he had waited for him to work his notice to join them.

Johnathan had worked 14 hour days to cover whilst he waited for this candidate to start and then continued to do so throughout his training period – training the new candidate in the day and completing his own role in the evenings. It had become clear within a couple of weeks that this candidate was not a match for the role. Now Jonathan had a disrupted finance team, someone who didn’t want to be there as they couldn’t do what was asked of them and the worry of how to ‘get rid’ of the candidate, but also guilt that his new hire had left another permanent role to join his team. According to the CIPD the cost of hiring a replacement permanent member of staff is an average of £4,000 – £10,000

He explained to me that he kind of expected this, but couldn’t see any other options. He needed to move quickly; his existing incumbent was about to leave, the work had to be done, he didn’t have the time to do it himself and the rest of his team were already stretched. When he recruited the candidate he felt he was the ‘best of a bad selection’ -not that the candidates were bad just not quite right for his very specific role, he had hoped that somehow it would be ok.

“I hired quickly but what else could I have done?” Jonathan asked me

One simple thing…..He could have taken a temp.

Taking a temp whilst you are recruiting on a permanent basis can really save both stress and money….

Why?
• Time – Keep the role ticking over, enabling you to spend as long as you like looking for the perfect permanent person
• Full handover with current incumbent – Getting a temp who is immediately available gets someone in right away to utilise a full handover period with the current employee (this is something they do a lot of within an interim career) and then they can do a full had over to the new candidate once they are found
• Possibly even find ‘the one’ – There is even the option of taking the temporary member of staff permanent once you have seen what they can do (it doesn’t always mean paying for a temp for months, if you feel they are right this could be after a week)

So, this was right for Johnathan but is it right for you? Here are a few things to consider before you embark on your permanent recruitment process to help you decide if a temp could help you;

• A permanent recruitment process on average takes 3 to 4 months from start to the new candidate joining your business, sometimes a lot longer.
• When will your current candidate leave? Will they work their full notice period? It is not uncommon for people to try to negotiate down their notice.
• If you hold someone to their full notice period who was keen to leave before this. How motivated will they be to do a good job for you before they go?
• Can none business critical tasks be stopped for a period of the recruitment?
• Who will do the hand over when your new candidate starts?
• Could the tasks be given to the team and would this work? This works brilliantly well if you are able to give additionally responsibility to members of the team who view it as progression and are grateful of the opportunity. Not so well if people feel there being dumped on.
• Have you actually got the capacity for other members of the team to cover the role or would this increase stress / pressure and decrease work done elsewhere?
• Do you have the skills within the team to cover the role?
• Could you cover the role yourself?
• If you can cover the role yourself, what do you stop doing? Does it make economic sense for you to do more junior tasks? Would it be more cost effective to get a temp into cover? 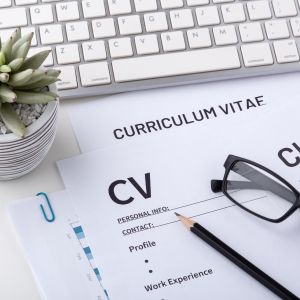 5 Steps To Crafting Your Standout Accountancy and Finance CV

Using Onboarding to Develop Your Accountancy and Finance Team 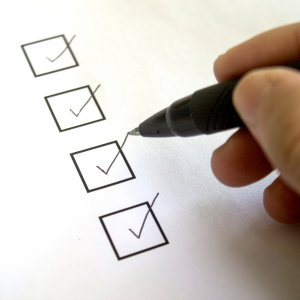 The First Specialist Recruiters of Accountants for
Manufacturing and Engineering Organisations

Please fill out the fields below and attach an up to date CV with a covering note.

Please provide us with your name and telephone number and your preferred call back time and one of the BTG team will be in touch.